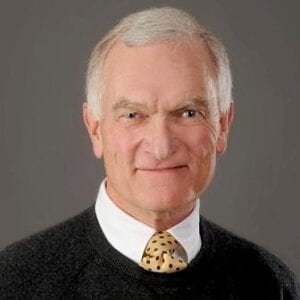 WELD — Richard (aka Dick or “Pump”) Hinman Stowell of Weld, Maine, died of a heart attack Oct. 27. Born June 17, 1946 to Phoebe (Hinman) and Rand Newton Stowell, he was the youngest of three brothers. The brothers grew up in Dixfield, Maine in a home that had been in the family for 120 years, close to the lumber yard of United Timber Corporation or Timberlands Inc., a company his father founded in 1936.

Richard graduated from The Holderness School in 1964, went on to Dartmouth College where he graduated with a BA in History in 1968 and received his MBA from Wharton in 1970. After graduate school, he worked at Quaker Oats in Chicago before joining his brothers back in Maine to operate the family timber business. For 28 years, Richard was Chief Financial Officer of the renamed and growing United Timber Corp. before facilitating a sale of the 65-year-old company to Irving Forest Products of Canada in 2001. After UTC, Dick worked as CFO for Artists & Craftsman Supply in Portland and spent the past 16 years at Transco Distributors Inc. as CFO for various small businesses including many Wendy’s franchises. Dick loved numbers, kept meticulous records and saw reviewing financials as his greatest hobby.

Dick met Nancy Sayer Holt at a Dartmouth Theta Delta fraternity party in 1966. They then reconnected at Wharton while they were both in graduate school, fell in love and got married in 1970. They had two children, Nora and Porter, whom they raised in Wilton, Maine. Just like his father before him, Dick introduced his kids to skiing as soon as they could walk. Weekends were spent at the family condo at Sugarloaf. Here a bond around a lifelong sport was formed. Dick was very involved at Sugarloaf as were both of his parents…his dad having cut (and named) many of the ski trails using his logging equipment from Timberlands Inc.

Dick was on the Sugarloaf Board of Directors, alongside Bunny Bass, Larry Warren and King Cummings, serving as treasurer in the 1980s. He led the Maine Ski Racing Association’s team of technical delegates and was a regular donor to Carrabassett Valley Academy where his kids Nora and Porter went to school.

Dick was deeply embedded in the Maine community and avid outdoorsman. He received great joy from coaching and especially being the referee for grade and high school soccer games in Wilton and Farmington. He was on the Board of Trustees for Thomas College in Maine, ultimately serving as Chairman of the Board. He was a Director for Northeast Bank in Portland, Maine. On his bucket list was to see more places in Maine which was funny because he spent his entire life here but it just speaks to his love for this state. Of course, he was a devoted New England Patriots fan.

But perhaps where he found the greatest joy was on the golf course with his best buddies, Ed Gall, Al Graceffa and John Rizzo. The Augusta Country Club is where these “sand baggers” spent every Wednesday and Saturday for most of their adult lives — giving each other a hard time, lots of laughs, many bets and sharing stories about their families.

Dick was a grounding voice of reason and left a massive impression on everyone who came into contact with him. His colleagues described him as an incredible listener. His family saw him as a patriarchal rock. His friends (and even his kids’ friends) all looked up to him. He was kind, welcoming, gracious and funny. He was an incredibly loved man. His kids called him EVERYDAY and he looked forward to Saturday’s Skype calls with his three grandkids.

Preceded in death by his parents and brother Rand, he is survived by his wife, Nancy; daughter, Nora of Park City, Utah; son, Porter and his wife, Andrea of Durham, N.C., his three grandchildren Sayre, Saxon and Severin; his brother John; nephews, Tyler, James “Kimo,” Preston, Barrett and Whitney; and nieces, Lila, Heidi and Lisa.

A small internment with family will take place at Mountain View Cemetery in Weld Nov. 4. A celebration of life will be held sometime next summer.

The post Richard Hinman Stowell first appeared on The Irregular.